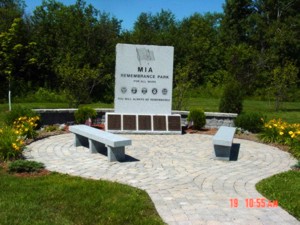 The AMVETS Memorial Carillon is an ongoing program that is truly unique…a living memorial to our Nation’s deceased veterans. The history of the program dates back to 1948 when AMVETS sought an appropriate memorial to honor those who had given their lives in World War II.. After studying the tributes presented by other organizations and groups memorializing the dead of other wars, AMVETS decided that a “living” memorial, a carillon, whose bells, symbolic of Thomas Jefferson’s historic words, “Eternal vigilance is the price of liberty”, tolling as a constant reminder would be the most appropriate. A carillon would not only affirm that the sacrifices made by those who died , were not in vain but would also serve to remind us of our legacy and our debt to those who fought to preserve our freedom throughout the world.

The first carillon was installed at Arlington National Cemetery. Accepted by an Act of Congress in October 1949, this carillon was dedicated by President Harry S. Truman on December 21, 1949, which his now immortal words, “…As these bells ring…honored dead rest…freedom lives…”. This particular carillon was so well received that AMVETS established a continuing carillon program. In addition to Arlington National Cemetery, AMVETS’ carillons are located at 62 other locations, including the carillon that is being dedicated here today. A replacement carillon was dedicated at the Harry S. Truman Library on December 21, 1984 exactly thirty-five years after President Truman dedicated the first AMVETS Carillon. This dedication marked the very last event that honored President Truman during the 100th Anniversary of his birth.

Other carillons are located at the memorial erected in tribute to the memory of the 1,177 crewmen of the USS Arizona at Pearl Harbor, Hawaii; the Hoover Library in West Branch, Iowa; the John Fitzgerald Kennedy Library in Boston, Mass; the Eisenhower Library in Abilene, Kansas; the State Capital building in Salt Lake City, Utah; Freedoms Foundation at Valley Forge, Penn.; AMVETS National Headquarters in Lanham, Maryland. 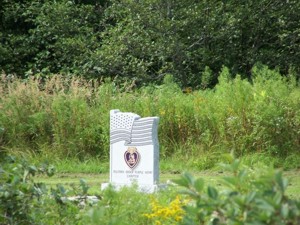 The AMVETS Memorial Carillon program further provides for the future installation of carillons. For example, AMVETS’ goal is to install carillons at all of the Department of Veterans Affairs regional and national cemeteries throughout the land.

Through the efforts of NMVCC and AMVETS National Service Foundation, a carillon has been installed at the new Veterans Cemetery in Caribou.